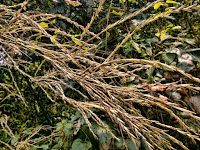 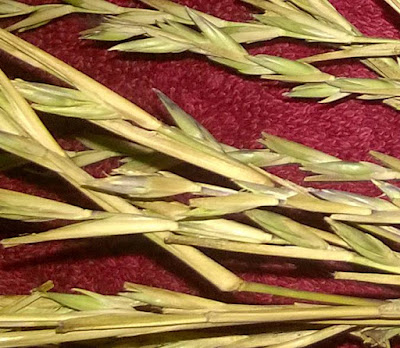 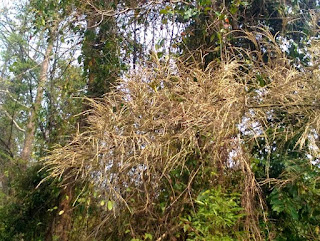 Bamboo normally reproduces itself from the 'Shoot' at its roots, It doesn't need flowering or seeding for survival. However, in irregular intervals, all bamboo species Flower and produce rice like grains, the reason of this is still unknown. But whatever the evolutionary purpose of it, it is considered to be an omen in most parts of India and China where this flowering occurs. These are few interesting facts about bamboo flowering

1. All species of bamboo flowers, but at different intervals, it ranges from 40 to 120 years

2. One species of bamboo flowers together at the same time, irrespective of geographical location or climate.

3. Every elder plant of the species dies after flowering and seeding

4. Bamboo Flowering considered to be a Curse, because, the population of Rodents multiplies as they get to eat bamboo seeds,(Popularly known as 'Rat Flood') and then they start consuming all available grains. It leads to famine and 'rodent borne' diseases like Bubonic plague etc.

5. In Mizoram, flowering happens in every 48 years and it is called 'Mautam' in the local language.

6. It is believed that there is some alarm clock in the Bamboo gene which triggers flowering, but it is still UN-discovered.

All these information above, I got through google, some of them I knew earlier. But here comes my own observations

I am in Umrongso for 11 years, in two spans, from 1997 to 2005 and then from 2013 till date. In these years, I have witnesses not less that 5-6 bamboo flowerings personally. This time it is happening again, and the Species in question this time in called 'Muli' Bamboo locally; all muli bamboos in the forests are flowering now. In 2014 it was 'Jati' Bamboo flowering and since then this species disappeared from the hills. More or less, every year oneor the other species flower in here, more often than not, and after that, that particular species is gone for years.

Somehow, this phenomenon defies the overall theory of Bamboo flowering, because it is happening so frequently.

May be this place has something in store for Botanists, and that is why I am posting this.
Posted by abhijitK at 4:54 AM

Email ThisBlogThis!Share to TwitterShare to FacebookShare to Pinterest
Labels: প্ৰৱন্ধ